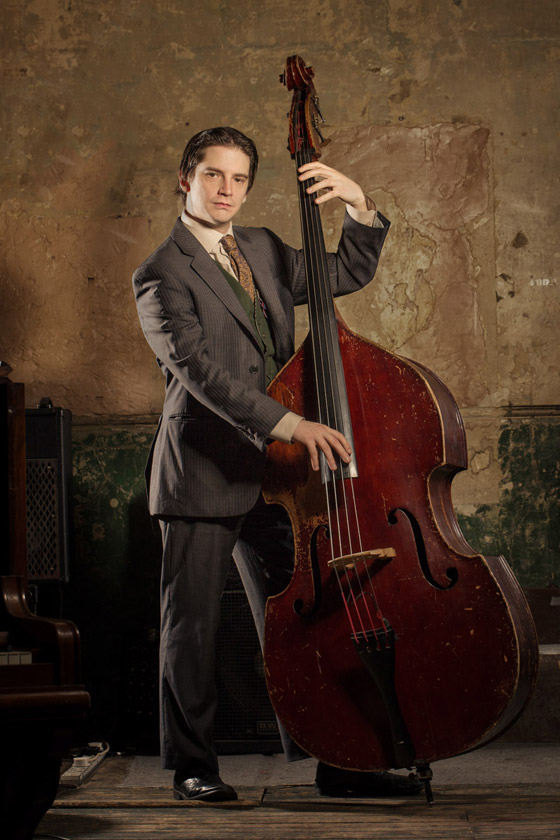 A musician who has always had an itching desire to explore the unfamiliar and likes to invite audiences and band-mates to join the quest. In demand as a double bassist, bass guitarist and pianist, he works with many other groups in London playing jazz, rock, funk, m-base, samba, son-montuno, and various fusions involving other influences such as south-Indian music, flamenco and cabaret. He has recently been on musical field trips to Cuba, the Gambia and New York, where he attended a course at the School for Improvised Music.

He won the Peter Whittingham award for a project to curate two nights at Pizza on the Park this December, both featuring newly commissioned music from Porpoise Corpus, in collaboration with the film-makers/VJs Dandelion & Burdock, as well as four other bands also working with visuals. The award was given based on a live audition with this band and the submission of the pre-mix version of this record.